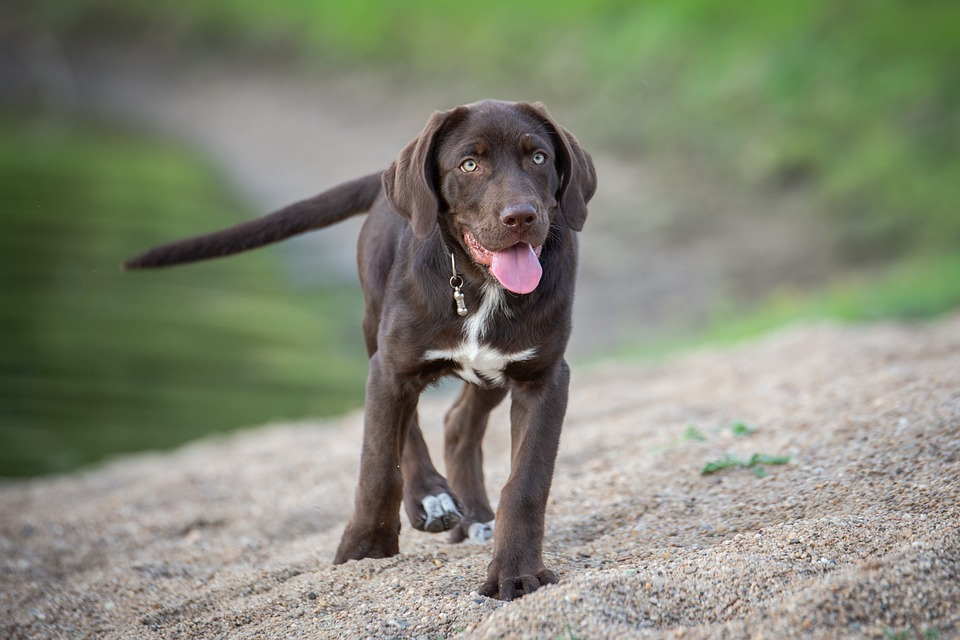 How fast can a Labrador run? Labradors are famous for being one of the most athletic dog breeds in the whole world.  So much so that both the police and military often use these dogs to help them with special operations, such as manhunts, sniffing for bombs and drugs, and many others. 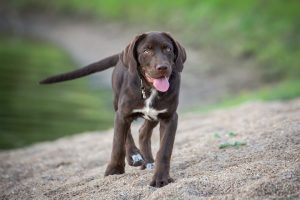 Perhaps, some would say that this athletic breed is superior to most other dog breeds that excel athletically.

One of the reasons that this dog breed is known for its athleticism and thus is used by many defense bodies is because of how fast they can run.

Veteran Labrador owners already have a gauge of just how fast a Labrador can run, especially when they let it go to the park for playtime or when the dog gets to escape from its cage or from the house.

To some, this trait is nothing but a source of stress. But, to others, this trait is something to be praised and honed, and the latter are usually much happier living with their Labradors. Below you will find how fast the average Labrador can run and determine if you can keep up with it, which – disclaimer – you probably can’t.

Labradors and Athletics: A Brief History

The reason why Labradors are one of the most athletic breeds is because of why they were bred in the first place.

Apparently, Labradors have been around since the 1500s and were bred mostly by fishermen to retrieve fish from underwater. However, these fish were already dead or injured and simply fell off the fishing hook, making the job of Labradors much easier.

After a couple of years, the breed found itself in England and was recognized by royalty. Around this time is when Labradors started joining in on hunts, with their main jobs being sniffing out and tracking animals and finally, retrieving game. This went on for a couple more years until they were eventually recognized by the Kennel Club.

Because Labradors these days come from a long line of hunters and fishers, it also makes sense that they are some of the most athletic dogs. It is encoded in their genes to run and catch during hunting season, which is why it is very natural to see a Labrador running and exercising with every chance it gets to.

How Fast Does an Average Labrador Run?

That’s just as fast as Usain Bolt’s top speed, if not even faster! So if you expect to be able to catch up to a running Labrador, then you might as well give up unless you’re willing to train as rigorously as the man of speed himself.

Compared to other breeds, however, the Labrador is not the fastest running dog breed. The greyhound dog breed holds the record of being the fastest breed in the world, with a top speed of 33.1 miles per hour or in the metric system, 53.3 kilometers per hour. But, the speed of a Labrador is not what makes it a great athlete, but its ability to last while running.

A lot of people would consider the Labrador to be a superior breed in terms of athletics because of how far they can run.

Remember that this breed was made to join in and help on fishing trips and hunting, so what was really built up instead of their speed was their stamina or endurance. Hunting and fishing trips typically take long, and Labradors had to get used to it.

This meant that Labradors had to keep running as far as hunters on their horses to keep up. So typically, Labradors these days can run up to 5 miles or 8 kilometers without any breaks.

Though you do have to know that this isn’t at top speed, as the distance they would cover at top speed would be much shorter. The more athletic Labradors have been said to run as far as 10 miles straight.

Although they can run this far on average, it would be healthy to know that it is not good to constantly overexert your Labrador.

They too need breaks, so if you’re going to take your Labrador for a run, then make sure to pack it lots of water and give it regular breaks to allow it to catch its breath.

Factors Affecting How Fast a Labrador Can Run

A lot of factors surround how fast your Labrador can run, and most of these factors are highly dependent on the dog. Here are some of them:

The age of a Labrador is one of the major factors of its running speed, as you shouldn’t expect that an older Labrador would be able to run as fast as it used to in its prime.

Labrador puppies are very active themselves, but because of their smaller stature and significantly lesser stamina, they wouldn’t be able to run as fast nor as far as adult Labradors.

Just like it’s not recommended for us humans to run or overexert ourselves when we’ve just gotten sick, so should you not expect Labradors to run fast when they have major health issues.

One of the major health issues a lot of Labradors face is joint problems as they age, especially if they’ve mostly lived a sedentary life.

Sick dogs are also very low in energy, so they wouldn’t run even if you wanted them to.

Otherwise, forcing them to run when they’re sick or overexerted is considered to be a form of abuse. Make sure that your Labrador is perfectly healthy before taking it out for a run so it won’t get injured or worse.

Human athletes have very conditioned bodies that allow them to perform the sports and normal activities they do.

As compared to someone who lives a sedentary lifestyle, a regular in the gym would most likely be able to run faster and farther. The same applies for every Labrador and dog out there.

If you get your Labrador used to a lifestyle where it doesn’t have to exercise, then you shouldn’t expect it to run at 24 miles per hour any time soon.

Before you do, you should be preparing your Labrador by training it properly and feeding it right, essentially getting it out of its sedentary lifestyle.

No man in their right mind would run as fast as they can on the pavement on a snowy day, otherwise they would be slipping and getting injured.

Likewise, Labradors slow down their running speed depending on the weather condition, as they would want to keep their balance while running to avoid injury.

Labradors are one of the best running buddies you can find, especially if you’re into running long distances. Remember that a Labrador can run as far as 5 miles straight, but not at top speed. This means that they’ll be able to keep up with you, especially if they are properly trained to go the distance.

Training Your Labrador for Running

Training your Labrador for running takes a lot of patience, especially if it’s not something you’ve already tried to do since it was a puppy.

It takes a lot of time for a sedentary adult Labrador to get used to running fast or long distances, so a proper training is a must to prevent them from getting injured.

The first and most important thing you should consider before training your Labrador for running is their weight.

It is nowhere near healthy for overweight or obese Labradors to go for runs immediately, despite how effective it is for weight loss. The first thing you should do for these dogs is help them lose weight through their diet and some light exercise.

Doing so will prevent their joints from undergoing too much pressure. Immediately letting an overweight Labrador run, this means that their muscles can’t support their weight for the run. This could result in their joints carrying most of the weight and might lead to some bone problems in the future, and possibly heart problems from the stress as well.

This part of the training is what will require most of your patience, as this will typically take up a couple of hours for every day of the week.

You and your Labrador will have to get used to first walking, then jogging, then eventually running as you progress through the training. Once your Labrador can hold the distance, you can now safely train it for speed.

Seeing your Labrador run at full speed and for long distances is a sight to behold, especially if it’s not used to running at all. These dogs are such natural athletes that they tend to look happiest when they’re out and about, as compared to when they’re just bored and lying down.

The most important thing you have to consider before letting your Labrador run its top speed is its health above all. A proper training plan and a good support system will allow your Labrador to become the athlete it was meant to be!