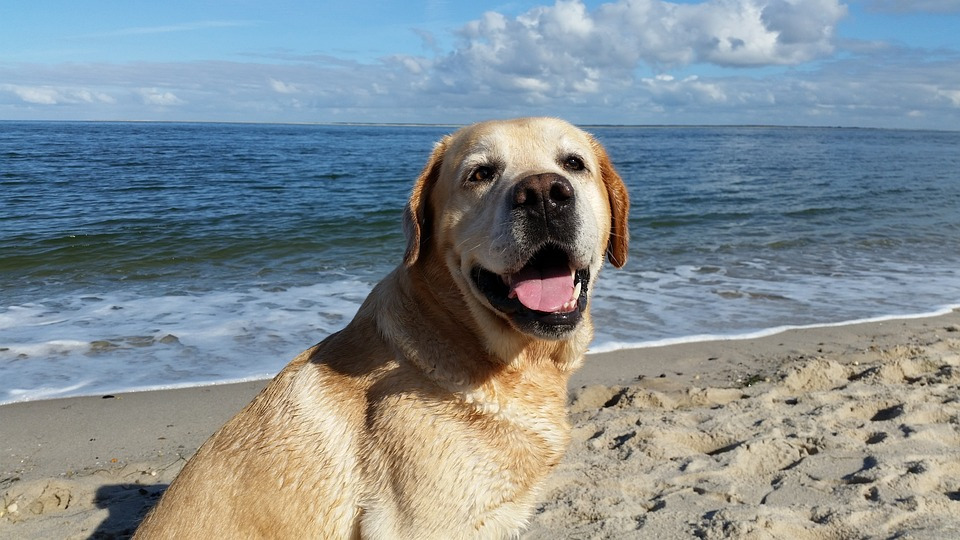 Known for their versatility, friendliness, athletic prowess, and trainability, a Labrador retriever is one of the world’s most loved dog breeds of all.

Labrador is a sports dog, sometimes known as a Lab, originated in Newfoundland and was brought to England in the 1800s. 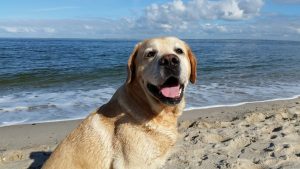 Characteristics of the Labrador retriever

This dog is known for its sweet and friendly nature, and they love to please, enjoy the outdoors, and mingle with both other animals and people easily. But they don’t only possess a winning, lovable personality, but they are also highly intelligent and eager to learn and please others.

They are overflowing with energy and enthusiasm, so training them is important. As they are sporting dogs who also have a background for working hard, they’re active breeds and thrive on activity, although some are laid back, too.

A lab stands from 21.5 to 24.5 inches tall at their withers and fits the scale from 55 to 80 pounds. It is known for its solid build versus other types of retrievers and tends to have shorter legs.

Another distinct feature of the lab is its otter-like tail, which is distinguished for being thick at the base while being tapered towards its end. Its coat is typically brown/chocolate or black, and others yellow.

This dog is also known for its even temperament and rugged personality, although gentle.  It is a good family pet, making it the most popular dog breed in the US in the 1990s and is a go-to breed for rescues, police work, and guides for the blind.

While the breed’s name would suggest that it was from Labrador, Canada, no it wasn’t. It originated in the 1500s in Newfoundland in order to create a dog breed called the Lesser Newfoundland (St. John’s Water Dog).

Labrador Retrievers were from Newfoundland, which is off the northeastern Atlantic coast of Canada. They served both as helpers and companions to the fishermen in the 1700s.

Most of their days were spent working and retrieving fish that had escaped from hooks by jumping into icy water to bring it back. They’d also help in pulling nets filled with fish. Labs are very much suitable for the fishing job because of their double coating that can repel water, and they’re also excellent swimmers.

In the evening, these adorable dogs spent their evenings with the families of their owners.

Many had noticed the good disposition and work ethics of Labs, so they, specifically English sportsmen, imported some Labs back to England. They used them as retrievers when doing outdoors activities like hunting.

One of the first was Malmesbury’s 2nd Earl that had shipped the dogs to England in about 1830, but the 3rd Earl was the first one to call Labs “Labradors.”

However, Labs almost went extinct in the 1880s, and the English fans and the Malmesbury family are known to have saved its breed.

It disappeared in its native land due to tax laws and local restrictions, like families were only allowed to take care of one dog and having a female came with huge taxes. This was the reason that the puppies were culled that time.

Meanwhile, the breed kept up and survived in other countries and it was later recognized by the Kennel Club as a breed back in 1903, and the American Kennel Club in 1917.

The surging popularity of Labs started taking off post World War II; in fact, it has become the most registered dog with the Kennel Club of America.

Fast forwarding, Labrador retrievers now work in search and rescue, drug and explosive detection, disability assistance, and therapy. A lot of hunters also use them in hunting and dog owners in different dog competitions for obedience, field, agility, and show.

A Quick Glance at Labrador Retrievers

Yes, Labrador retrievers are good family dogs especially when given socialization and proper training. They can also be good around children and other pets.

They can also adapt to apartment living provided you give them enough time to exercise and play daily. These dogs love socializing and being active and are also affectionate and patient with children and people.

No, provided that they’re highly socialized and properly trained. Generally, they love interacting with people and even strangers.

No doubt, yes. Labradors are extremely clever dogs; thus, they’re so trainable. In addition, they learn different tricks quickly and would love to receive treats and praises from their owners.

Is there a downside of Labrador retrievers?

Yes, and that’s when it comes to shedding. They have the tendency to shed a lot because of their double coating. To minimize this, owners brush them often.  In addition, they can be prone to an ear infection, so they need ear cleaning regularly, usually every two to three weeks.

By now you know the answer to the question, “where are labrador retrievers from.” If you find this article useful, feel free sharing it with your social media pals who may also be looking for the same information today!