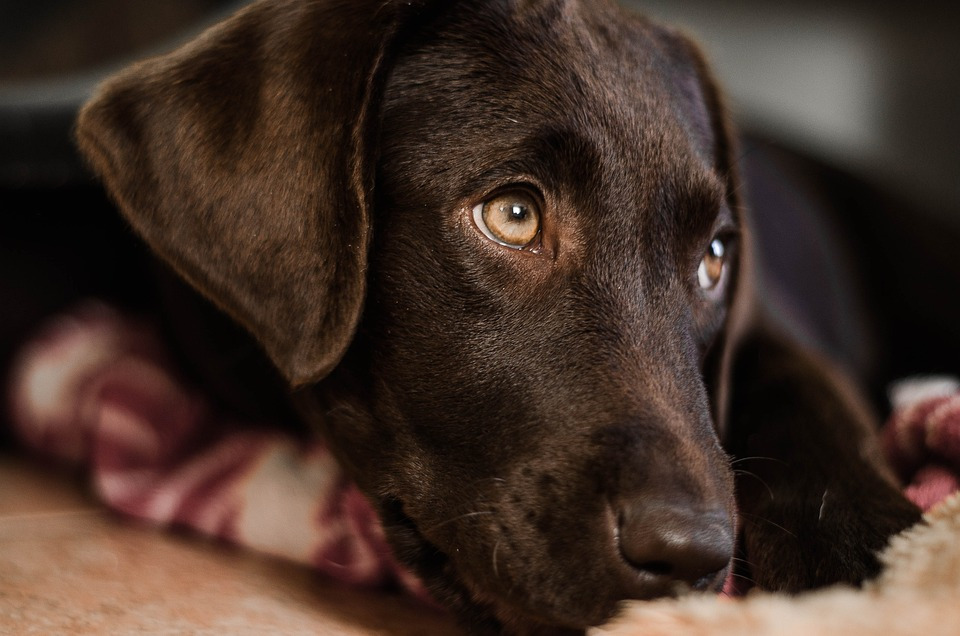 It’s quite obvious that Labrador retrievers are large dogs, although we might not easily notice this when they’re younger. Now you may be curious to know “when is a Labrador fully grown” if you have a pup and are interested to know when it’s matured.

A lab is fully grown when they have completed their skeletal growth and development, typically before their first year of age, meaning they would already have adult size bones.

But then, labs will keep packing weight until 24 months when they are in their adult size, although this can vary from one dog to another. 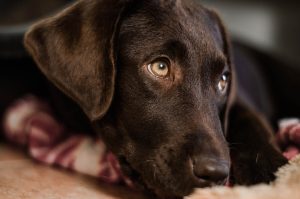 How can you predict the growth of your Labrador at its maturity?  Here are some of them.

The Labrador is more likely still growing if you notice that they have oversized paws next to their body and legs.

Your Labrador will reach its full mature height and weight around their first year, but the larger ones will keep filling and should continue growing up to one and a half years of age, although should be minimal after one year old. Younger labs will keep putting on muscle until they reach their full size.

Neurological development is as important as physical growth because it can affect your dog’s personality.

Know that a Labrador puppy is dependent on their mother in their first two to three weeks.

For the first two weeks, their eyes are closed and would start lapping water in their third week.

However, one of the most crucial stages in their life is called the socialization period, which happens between three to twelve weeks wherein they’d start learning about what’s normal and their environment like the people and other dogs around them.

Some dog owners would have their dog trained at about 12 weeks old when they’ll continue with the socialization period. It is during this time when they’ll learn important life skills up to five months old.

By five to 10 months old, your dog will be an adolescent. It is the time when they are too playful with a short attention span, filled with energy, and less obedient.

This breed has a working background, typically retrieving fish that escaped the net or retrieving waterfowl. This background contributes to their overall appearance.

The tallest Labrador was about two feet, weighing at least 80 pounds.

They have a water repellent coat and webbed feet. Also, they have longer skin on their toes because it helps them in swimming.  In addition, they grow as strong and resilient dogs.

These dogs develop and grow fast, which leaves many owners wondering when really they will be fully grown.

Most of them will be very tall when they reach nine months old, although will keep growing up to their 2nd birthday wherein most of their growth is packing on muscle and weight.

When will my Labrador puppy stop growing?

Your dog becomes bigger and bigger day after day. It’s normal because it’s a medium to large breed dog that grows at a fast pace to reach maturity.

Some dogs will be fully grown by nine months, but the others will definitely need more time.

Typically, lab puppies will keep growing until they’re two years of age, although their skeletal system should be fully grown before their first year when they have totally developed their adult structure.

But again, they should be still filling up until their 2nd birthday.

Every dog is different, though. Some may reach their adult size by their 18th month and the others can be a little later than two years of age. In general, most Labradors will stop growing after two and a half years old.

Females will be between 30 and 35 pounds and males 40 and 45 pounds, but every puppy is different. Some may grow at a different rate.

When is a Labrador fully grown?

They need at least one year to reach full mature size, typically before their first birthday.  Bigger boned varieties will continue to fill in up to one and a half years of age.  So generally, they will keep growing up to this age.

A healthy Labrador usually weighs two pounds weekly until it’s about six months when it could be weighing 2/3 of its adult body weight.

How big is a full grown Labrador retriever?

According to the American Kennel Club Official Labrador Retriever Breed Standards, a mature male will stand about 22.5-24.5 inches and weigh from 65 to 80 pounds. On the other hand, a female will be weighing between 55 and 70 pounds and will be about 21.5-23.5 inches tall.

However, both males and females weigh between 55 and 80 pounds, but this must be reflective of their height.

You can rest assured that yours is a healthy dog if they are about this weight at three years old. Contact your vet if your dog is struggling in their growth and development.

Tips for a happy, healthy, and strong Labrador

What we’ve discussed above, like the factors that can predict how tall and heavy your dog will be, is just one part of growing a healthy dog. There are certain things you can do to help your dog reach its full growth potential.

Buy high quality and nutrient dense pet food for complete nourishment and supply of vital vitamins and minerals they need for proper growth and development.

Proper nutrition is not only for their physical but also their mental and emotional development. This is one of the keys to having a happy and healthy dog.

Don’t give too much food to your Labrador, or they might suffer from obesity, which can wreak havoc to their health like the development of joint issues.

Excessive food will negatively impact their bone structure. One of them is thicker bones, which can lead to orthopedic issues as well.

Playtime and regular activities are important for your pet’s growth, while also letting them taste a lot of experiences to understand what is normal in their environment, like traffic, people, and other animals.

Socialization and giving him as much playtime outdoors will help him develop well, while not being overweight.

Puppies must not be given too much exercise, though, or it will affect their bone development. Talk to your vet for some suggestions.

Buy them dog toys and chews, which can help with their mental and emotional development. Chewing on toys is a sound idea for behavior training as well as preventing them from chewing on your stuff.

By now you have an idea on “when is a Labrador fully grown.” With this information, you’ll be better equipped with information on what to expect in their different growth stages and ways you could help grow a happy and healthy Labrador.